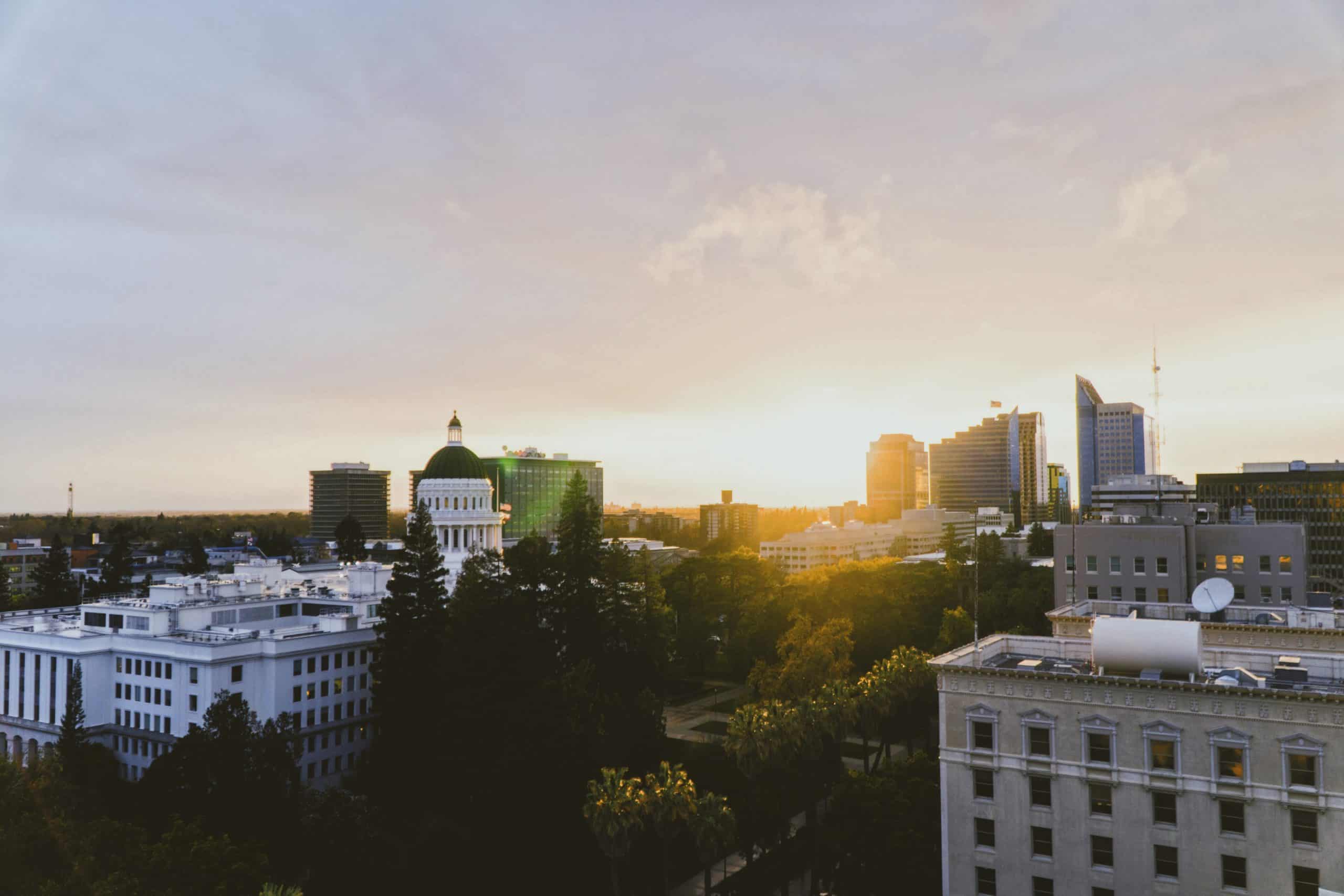 Why Sacramento is the Best Data Center Site in California

Home » Why Sacramento is the Best Data Center Site in California

Not only is Sacramento the best data center site in California, but perhaps the entire western United States. We’ll show you why in this post.

Phoenix, Hillsborough, Seattle, San Jose, Los Angeles, Las Vegas, and Reno are all home to a lot of data centers. When you begin to filter them through the most important data center site selection criteria however, Sacramento begins to look more attractive, depending on your needs.

We’ve highlighted some of the most important data center site selection criteria below and used them as filters through which to evaluate your choices.

The Sacramento Municipal Utility District, better known as SMUD, is one of the most reliable electric utilities in the western U.S. With 3,500mw grid capacity over 900 square miles, they call themselves “California’s sweet spot for data centers”. And rightly so.

According to SMUD’s 2018 Annual Report, “The two ways SMUD measures distribution system reliability are through SAIDI (System Average Interruption Duration Index) and SAIFI (System Average Interruption Frequency Index). SAIDI indicates the average outage duration for customers in a given year. SAIFI indicates how many outages, on average, our customers experience in a year. SMUD’s numbers were excellent in 2018 – 45 minutes for SAIDI, 0.93 for SAIFI. Both figures are better than SMUD Board’s aggressive reliability goals. The SAIDI figure was SMUD’s lowest since 2006, and SAIFI figure was the best since 2013.”

Compared to the San Francisco Bay Area, Sacramento’s cost of power through SMUD is up to 50% less. As the chart below shows, SMUD rates are actually some of the lowest in the state of California.

Even though the ~13 cents per kWh shown above for SMUD puts it in the top 3 in California, Prime customers in Sacramento get an even lower rate. Through our relationship with SMUD, our customers benefit from rates closer to just 8 cents per kWh. See our chart below:

You also have the option of sourcing 100% renewable energy through SMUD. As a utility, SMUD currently has more than 55% carbon-free electric generation and will have more than 75% carbon-free generation by 2030. That makes it one of the most renewably-sourced electric utilities in the U.S., let alone in the state of California.

In 2020 and beyond, reducing the corporate carbon footprint isn’t just good PR, it’s a strategic necessity. Consumers and watchdog groups are getting far more sophisticated at separating the talk from the walk.

San Jose/Santa Clara, Los Angeles, Seattle, Hillsborough, and even Reno have a fair amount of seismic risk. Certainly more than Sacramento. According to the USGS, there is a less than 0.78% probability of a 6.7 magnitude or higher earthquake over the next 50 years, whereas San Jose and San Francisco have a 56% and 32% chance, respectively, of a high magnitude earthquake in this period.

Yet Sacramento is still very close to the major population centers of the western U.S. The data latency between Sacramento and the San Francisco Bay Area is less than 3 milliseconds.

The seismic risk map below from USGS clearly shows that few major cities in the western U.S. blend proximity to major population centers and low seismic risk as well as Sacramento.

The flood risk map below, from NOAA/NCDC (reported by the Land Trust Alliance), shows for example, that Phoenix and San Jose/Santa Clara are all at significantly greater risk of flood than Sacramento.

Risk of Other Natural Disasters

The risk of wildfire is relatively low in Sacramento compared to the rest of California. And of course, much like the rest of the western U.S., Sacramento is at negligible risk of hurricane or tornado, as shown in the Core Logic map below (reported by the Cartographica blog).

With ultra-low latency to all of the major West Coast markets, Prime’s Sacramento data center is a smart choice for companies looking at alternatives to the San Francisco Bay Area.

The Greater Sacramento Economic Council has helped lead the city of Sacramento into a sustained business growth cycle. According to their website, 24,000 people move to Sacramento from the SF Bay Area every year, which is more than Denver, Seattle, Austin, Portland, and Phoenix combined.

The city of Sacramento used to be simply an economic satellite of the SF Bay Area and greater Los Angeles, dominated by politics. No longer. The city is developing rapidly into a world-class economy and business hub on its own. The quality of life is high and the cost of living is quite reasonable compared to Los Angeles, the SF Bay Area, and San Diego.

Are you in the midst of a data center site selection process? We’d love to learn more about your business and show you how you and your company can stand to benefit from partnering with us in Sacramento. Book a meeting to get started.

If you’d like to continue reading about data center site selection criteria, read our post “Where are data centers located?“

We use cookies on our website to give you the most relevant experience by remembering your preferences and repeat visits. By clicking “Accept”, you consent to the use of ALL the cookies.
Do not sell my personal information.
Cookie settingsACCEPT
Manage consent

This website uses cookies to improve your experience while you navigate through the website. Out of these, the cookies that are categorized as necessary are stored on your browser as they are essential for the working of basic functionalities of the website. We also use third-party cookies that help us analyze and understand how you use this website. These cookies will be stored in your browser only with your consent. You also have the option to opt-out of these cookies. But opting out of some of these cookies may affect your browsing experience.
Necessary Always Enabled
Necessary cookies are absolutely essential for the website to function properly. These cookies ensure basic functionalities and security features of the website, anonymously.
Functional
Functional cookies help to perform certain functionalities like sharing the content of the website on social media platforms, collect feedbacks, and other third-party features.
Performance
Performance cookies are used to understand and analyze the key performance indexes of the website which helps in delivering a better user experience for the visitors.
Analytics
Analytical cookies are used to understand how visitors interact with the website. These cookies help provide information on metrics the number of visitors, bounce rate, traffic source, etc.
Advertisement
Advertisement cookies are used to provide visitors with relevant ads and marketing campaigns. These cookies track visitors across websites and collect information to provide customized ads.
Others
Other uncategorized cookies are those that are being analyzed and have not been classified into a category as yet.
SAVE & ACCEPT